Language is a very powerful tool for mutual understanding between people. The lack of knowledge in another language on the other hand has been the cause of many a misunderstandings.

Sri Lanka is a country with multi-ethnic, multilingual, multi-script environment. In such environment, learning several languages is advantageous and essential for the entire community. Considering these and other facts, we mainly focused our research on developing a Computer Aided Language Learning (CALL) tool for learning Sinhala in Tamil.

Initially, a significant effort was exerted in finding appropriate content and pedagogy for the tool. We identified the book by Prof. Karunathilake called " An Introduction to Spoken Tamil ", fulfill the expected scope in terms of content wise and conceptualize appropriate pedagogy in a delightful manner as serving both the global and local needs of learners of Tamil. Therefore, we decided to digitize the content of the book preserving and enhancing the pedagogical approach.

This consists twenty five chapters including Dialogues, Grammar and Exercises in an interactive way. 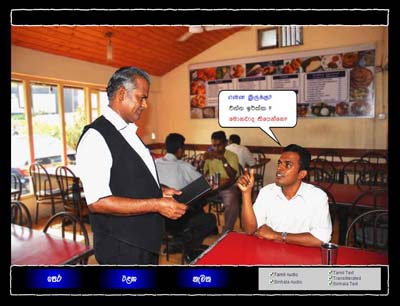 Sri Lanka's ethnic conflict has roots in language among other things. No local language project could ignore the strategic opportunity provided by technology to scale the teaching and learning of another language. “Shikshaka”; a computer based teaching framework is developed to teach another language less arduous and was aimed to fulfill that requirement.

The methodologies for teaching a second (and foreign) language were surveyed, and a goal-directed pedagogy was adopted for this teaching tool which is intended to be used with and independently of a teacher. Special consideration was also given in the design of the system to ensure that it can be used in offline mode in addition to the original target of being an online tool.

As such, a dialogue based training methodology was implemented based on a well accepted goal-directed genre for teaching second languages, in the development of the Shikshaka framework. Currently the tool can be used to teach Tamil in Sinhala and also Sinhala in English. The Shikshaka framework is designed to make the localization of the source language (the language of the user) easily customizable, but is also flexible enough to be used for teaching a different target language (the language to be learned) without changes to its code. 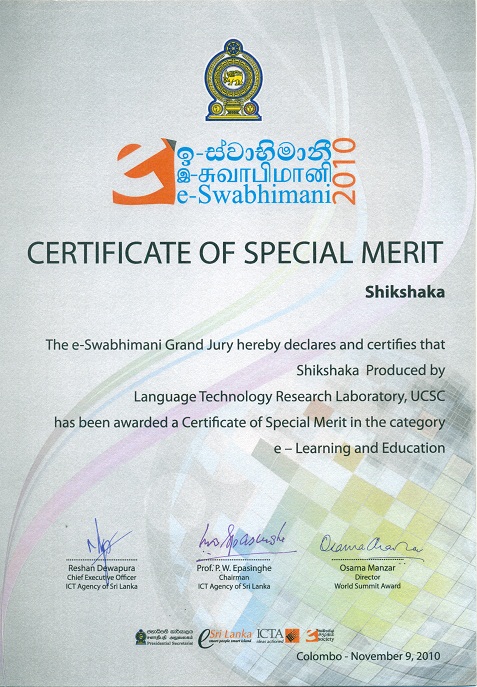